Two Australian studies compared the impairment caused by alcohol consumption withthe impairment caused by mental fatigue from being awake for long hours. They gave agroup of subjects cognitive and reaction tests after consuming varying amounts ofalcohol. To no one’s surprise, the more alcohol the subjects consumed, the worse theirreaction times and cognitive abilities. That is why we have drinking and driving laws.Most jurisdictions set a limit of .08 per cent blood alcohol level for drinking and driving.The Australian researchers gave subjects the same cognitive and reaction tests, butinstead of giving them alcohol, they kept them awake for long hours. They … END_OF_DOCUMENT_TOKEN_TO_BE_REPLACED 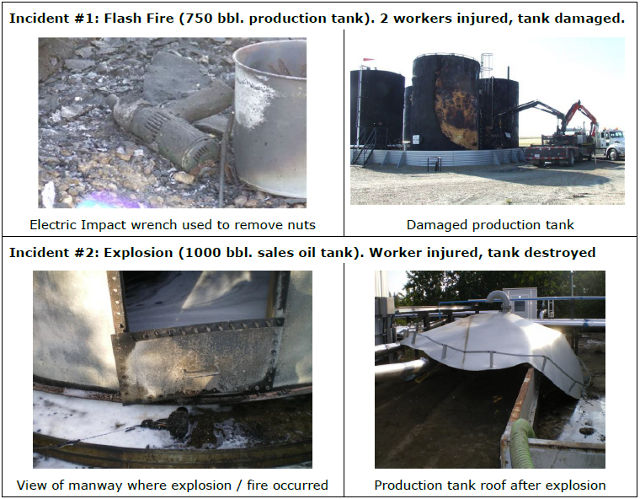 DESCRIPTION OF INCIDENT: In both instances, the manway doors were being removed to complete required tank maintenance and repairs. Site hazard assessments were completed by the supervisors in charge of the activity and identified the potential for an explosive atmosphere as one of the hazards. While opening the manway door, the workers removed the top half of a 2-part manway door and set it to the side. While workers were removing the bottom half of the door, the electric impact wrench they were using ignited the hydrocarbon fumes that were coming from inside the tank. The workers injured in these … END_OF_DOCUMENT_TOKEN_TO_BE_REPLACED

Published time: April 18, 2015 19:13Edited time: April 19, 2015 04:33Reuters / Russell Cheyne A new study has found that drivers who are dehydrated can be as dangerous as those who are drunk or on drugs. Participants made twice as many mistakes as those who were hydrated. The study which was led by Professor Ron Maughan, from Loughborough University and was published in the journal Physiology and Behavior, showed that drivers who drank only 25 ml of water an hour made more than twice the number of mistakes as drivers who had drunk enough water, The Telegraph reported. “We all … END_OF_DOCUMENT_TOKEN_TO_BE_REPLACED